An Exhilarating Exploration of the Sicilian Sights

Sicily is the largest island in the Mediterranean and it sits just south of Italy´s “boot”. Despite only being a short boat ride away, it offers a refreshing change of pace to the bustling cities on the mainland.

If you arrange a Lamborghini rental Sicily to explore its sights, you´ll soon realise it boasts a rich history, many works of art, stunning views and secluded beach sanctuaries, so the first question is where do you begin your Sicilian adventure?

Most begin their exploration of the island from Palermo, the island´s capital. As you get behind the wheel of your Lamborghini rental Sicily for the first time you´ll be eager to head out and devour the open-road, but before you do it is worth taking a little time to explore the city itself. Two of the main churches in Palermo are decorated with vibrant mosaics and these stunning creations are well worth a pitstop.

Venture to the Cappella Palatina and La Martorana to admire the impressive craftsmanship, take in the old-world charm of Palermo´s quaint city streets or enjoy an evening at Teatro Massino, Europe´s third-largest opera house located on the Piazza Verdi, before you put your foot to the floor and begin your adventure.

Explore in your Lamborghini Rental Sicily

As you get behind the wheel of your Lamborghini rental Sicily to explore the rest of the island, you could take the serene coastal route which tracks along the western edge of the island or cut straight through the middle as you head to the Valley of Temples on the island´s southern coast.

Here you will see Selinunte, one of largest of all Greek temples that still stands today and a little further on you´ll discover Villa Romana del Casale in Enna, which boasts more than 3,500 square meters of mosaics and is one of the best preserved examples anywhere in the Roman empire.

After you´ve completed your tour at The Valley of Temples, you can slide back into the drivers seat of your Lamborghini rental Sicily and head to the east of the island, where Mount Etna looms large.

You can choose to hike to the crater from the top of the cable car, or our recommendation would be to book a 4×4 guided tour and wine tasting. If you do, they´ll collect you from the “funivia” and transport you to the crater, then venture to the vineyards on its fertile slopes to sample the local vintage and watch the sun go down.

Despite being cut off from the mainland, there are plenty of places for you to explore in your Lamborghini rental Sicily and we haven´t even mentioned the beaches yet.

If you are a fan of palm trees, soft white sand and clear blue water then venture to the north coast of the island to visit San Vito Lo Capo and you won´t be disappointed, but which model will you choose for your Lamborghini rental Sicily? Here are a few of our recommendations…

If you are travelling during the warmer months, you might prefer to get behind the wheel of a convertible supercar, in which case and Lamborghini Huracan Spyder rental Sicily would be a great choice, or if you´ve been dreaming of driving a raging bull that is powered by an epic V12 engine then you could rent a Lamborghini Aventador Roadster Sicily to make that dream a reality.

Whichever Lamborghini rental Sicily you choose, when you book with Europe Luxury Services you will enjoy a bespoke VIP experience at every stage.

Simply inform us of your travel plans and we´ll make all the arrangements to ensure your Lamborghini rental Sicily is one to remember. 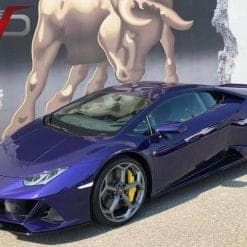 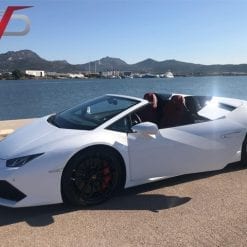 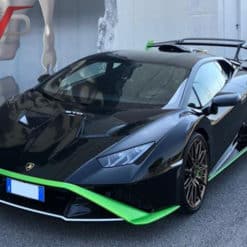