The Bentley Continental GT is an athletic-looking, two-door coupe that is the epitome of luxury and high-class design.

From the sophisticated styling and high-end finishes to its performance on the road, every inch of this car has been perfected and refined and it has been done with mind blowing success. 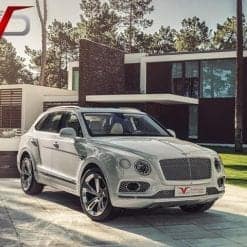 GUARANTEE
We guarantee that we will always offer the best price for your Bentley Continental GT Rental. Please get in touch to get a quote!

Rent a Bentley Continental GT and drive around Europe in the car that has been hailed as the most successful luxury car of modern times.

From the outside, the Bentley Continental appears strong and aggressive with its large wheels and wide road stance, but as you move through to the interior it feels finessed and refined. The seats are large and more comfortable than most, there is a large central touchscreen, an advanced infotainment system and you are surrounded by first class materials throughout.

Hire a Bentley Continental GT in Europe and enjoy the ultimate luxury four-seater on the market.

Our experienced team are located throughout Spain, France, Italy, Monaco, Germany, Austria, Switzerland, and the UK, allowing us to deliver your Bentley Continental GT to the location of your choice in Europe.

Contact us with your travel plans and we´ll take care of the rest. Once you´ve received your personalised quote, we´ll reserve your Bentley Continental GT and prepare it for your arrival.

Take the next step now and reserve yours. Once you get behind the wheel of a Bentley Continental GT, you´ll enjoy every journey in comfort and style.

When Bentley Motors Limited was established in 1919, it was the brainchild of Walter Owen Bentley, a former engineer who had the dream to build a faster, sportier, and more luxurious car.

The manufacturer proved innovative from the start, developing light-weight aluminium panels to improve the weight and make their cars faster. Unfortunately, despite Bentleys innovation, much of the manufacturer’s history is fraught with ups and downs.

After WW2, Bentley was taken over by Rolls-Royce and the British luxury car manufacturer, Bentley Motors Limited, is now owned by Volkswagen AG.

The Bentley Continental was released in 2003 after the VW acquisition and was considered by many to be the first truly modern Bentley ever produced. Fast forward to present day and the latest model is even better than the first.

Looking to rent a Bentley Continental GT for a different number of days?
Please let us know and we can tailor a bespoke package for you.

Looking to rent a Bentley Continental GT for a different number of days?